Despite the fact that Brazil has a huge capacity to generate electric power, mainly due to its hydro and wind electric plants, the country is always seeking to improve the use of electric power. In this article, we will look at the Brazilian energy efficiency labeling system.

Brazil is a fortunate country in many ways: it has a vast territory, large fresh water supplies and pleasant weather, suitable for cultivating most types of crops. But it is its large electric potential that may be Brazil’s major advantage. Led especially by hydroelectric power, which accounts for more than 62% of all electricity generation, Brazil generated an average of 1.817.352 MW per hour in 2014. However, it also consumes lots of energy. With this in mind, one problem stands out: energy waste.

Brazilian annual rates of waste and loss of electricity are very high. In 2013, around 10% of all electricity produced in Brazil was wasted. This adds up to more than BRL 15 billion of waste per year.

To counter this problem, in 1985 the Brazilian government created the Programa Nacional de Conservação de Energia Elétrica, or Procel which is Portuguese for National Program for Energy Conservation. Procel’s objectives are to promote a higher rationalization of electricity consumption, advising against electricity waste and to reduce the costs and investments needed in the sector, enhancing energy efficiency in Brazil.

The objective of the Procel Seal is to stimulate the production and commercialization of more energy efficient products, contributing to technological development and to reduce environmental impact.

Similar to Procel, but in the area of Oil and Natural Gas, is the Programa Nacional da Racionalização do Uso dos Derivados do Petróleo e do Gás Natural, or Conpet which is Portuguese for Rational Use of Oil Products and Natural Gas Program. Conpet was created by the Brazilian government in 1991.

Both Procel and Conpet are managed by the Ministry of Mines and Energy.

Energy efficiency labelling is conducted by PBE, Programa Brasileiro de Etiquetagem, which is Portuguese for Brazilian Labelling Program coordinated by INMETRO. INMETRO manages the program and establishes standardized testing procedures and laboratories to evaluate product compliance. INMETRO conducts annual tests to ensure that products remain in compliance with the information displayed on their label. Both manufacturers and retailers are supervised by INMETRO.

PBE created ENCE, Etiqueta Nacional de Conservação de Energia, which is Portuguese for National Energy Conservation Label in order to advise consumers about the features of the products they would be buying, with special regard to energy efficiency.

The following products are regulated by PBE:

The ENCE label should present the following information, however, it can vary according to what product the label is attached:

For example, the following table presents the minimum requirements for awarding the A letter rating to solar collectors, in terms of energy waste per month:

Here, we see an ENCE label for a product powered by electricity: 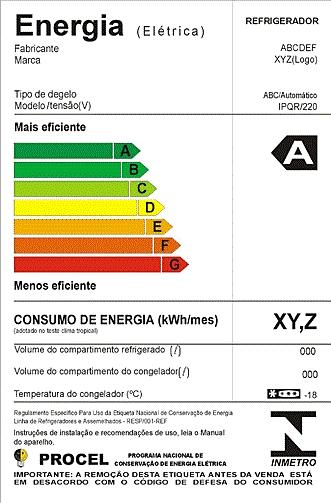 Here, we see an ENCE label for a product powered by fuel: 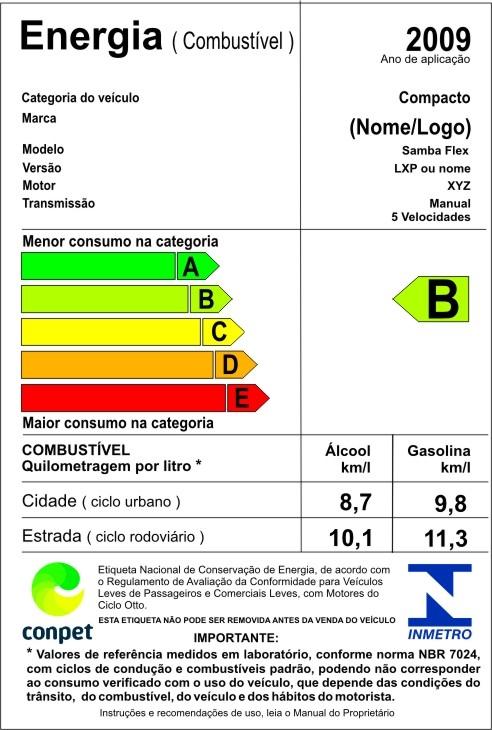 Procel started granting the Selo Procel de Economia de Energia, which is Portuguese for Procel Seal of Energy Economy, in 1993 to products powered by electricity, that had the best levels of energy efficiency in their category.

Similarly, Conpet also created a Seal which is granted to products powered by oil and natural gas, presenting the best levels of energy efficiency in their category.

Here we see both Conpet and Procel Seals: 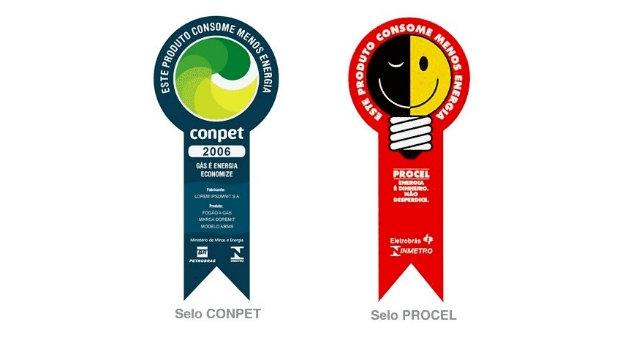 A law approved in August 2014 demands that public buildings present an energy efficiency label. This new label, called PBE Edifica, will be mandatory for all new buildings with more than 500 m² of ground area as well as for all buildings that undergo significant renovations. Three aspects will be taken into account for this new label:

Despite being mandatory for public buildings, the ENCE label is optional for all other buildings. Thus, it is no surprise that only 70 commercial buildings and 2.000 houses have this label. 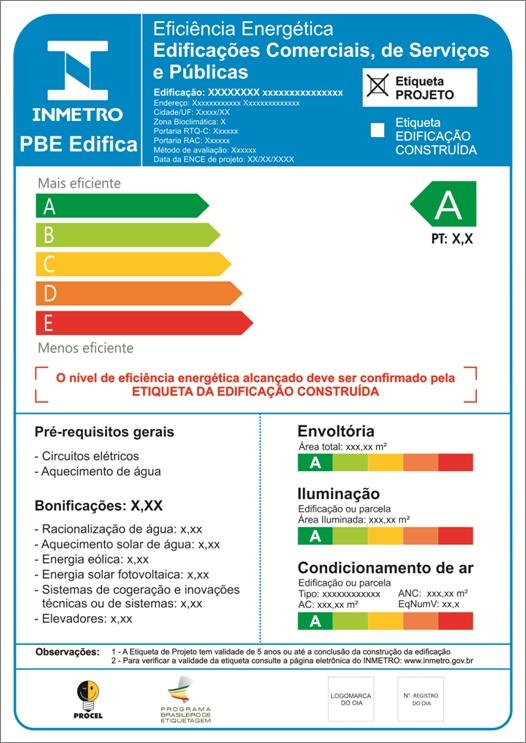