It is not difficult to understand the Brazilian readers behavior, specially when it comes to financial and business publications. Find in this article what are the most important Brazilian magazines and newspapers about economy and why they are so relevant for consumers.

In Brazil, readers of economic and financial magazines and newspapers usually belong to classes A, B and more recently, to class C. Even though the Federal Government has presented several initiatives in order to eradicate illiteracy, about one third of Brazilian population is still considered functionally illiterate.

With an average of 1,4 books per person a year, Brazilians are far from having the same reading habits as European countries, despite all entertainment options and different alternatives to acquire information available. Despite the Brazilian lack of interest, or rather, previous incentives, numbers of readers are raising.

This number is growing also due to the easier access to information, mainly owing to the internet. According to researches, 63% of classes A and B and 53% of class C read newspapers and magazines online.

Considering the information provided previously in this article, it is not surprising that 9% of Brazilians have as interest reading about economy and financial business. Do not deceive yourself, they are many, and really important readers and consumers.

We have listed three magazines and three newspapers to give you an overview about how these readers behave and why they are essential consumers to the country. 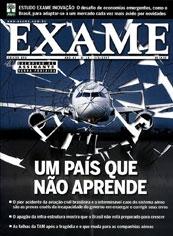 The magazine is considered one of Brazil's biggest informative about business and financial issues, noticing what happens inside and outside the country. The magazine is published ever two weeks and has a circulation of 2000 copies per edition according to their website.

Their estimations point that each edition reach almost one million people, providing information as financial analyzes, management strategies, human facts and technology. The magazine belongs to Abril Group, the biggest editorial company of entertainment and culture in the country. 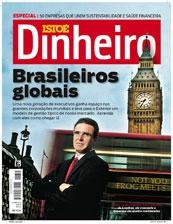 The magazine is another important informative about financial issues. Published every week, the magazine has a circulation of 53000 copies per edition according to their website.

More than 50% of their readers are men between 20-40 years old, what shows that they have an easy going language. The newsletter is from Editora Três, that have eleven other projects, and according to their information, each edition of the magazine Istoé Dinheiro can reach more than 85000 copies sold. 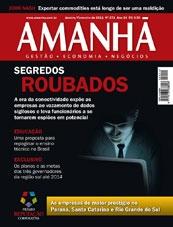 Focused on Brazilian South Region, but present on the most important capitals of the country, the magazine that has a circulation of 43000 of copies per edition, being conveyed monthly.

The newsletter is totally focused on the high society and as their information say, 78% of their public are from A and B classes. Their public is very interested on financial issues, mostly from South Region. 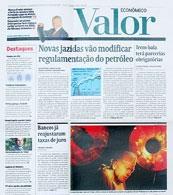 Being the biggest newspapers of financial issues in the country, the periodic sells more than 57000 copies per edition. Valor, as called for it's readers, is not only about financial and economic subjects, but about technology too.

The Monday to Friday newspaper is part of two different groups, Globo and Folha de São Paulo, two of the biggest journalism companies in the country. The partnership has worked very well, transforming the newspaper in a very respectful media. 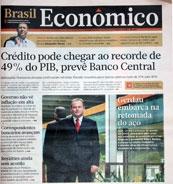 The newspaper can be considered a baby of the financial journalism, once it has only three years of circulation. The periodic is a project of a Portuguese company called Ongoing, that established the project in Brazil to concur directly with Valor Econômico.

Published every day, starting on Monday and finishing on Saturday, the newspaper has a circulation of almost 50000 copies per edition. The newspaper cover also other areas non-related to economic issues, but their major content is related to financial journalism. 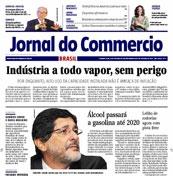 The newspaper is the oldest of Latin America. Talking about financial issues, the periodic is published every day since 1823, nowadays being from the company Diários Associados, that has others media content productions.

According to their statistics, the newspaper has a circulation of almost 33000 copies per edition, reaching more than a hundred thousand readers, also per edition. The newspaper is located in different country regions, but it is really strong in the Pernambuco state.

Have in mind that those media vehicles are really important not only as informative issues, but they are one of the most important places of advertising, once their public is almost totally inserted on classes A and B.